Morning, May the Odds Forever Be in Your Favor!

When you’re being sucked upward 38 floors in a high rise Manhattan, NY office by an oak wood decorated elevator you obtain this feeling that you’re moving up in the world and that you will soon accomplish great things regardless of how hedonistic those accomplishments are to others. Being born into a middle class suburban family, it seems like the inevitable that you begin your adult career in a sleek office space, rise up in the corporate ranks, and then support a socially acceptable sized family where your children will grow up wearing products from either Vineyard Vines or North Face. I didn’t mind that thought because I knew that compared to others my scenario was the description of ‘privileged’. 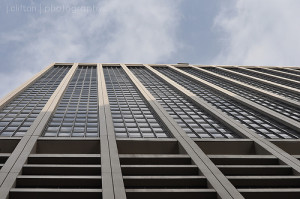 When the elevator doors slid out of my way I was greeted by bright fluorescent lighting, that made my tanned skin feel pale, and an intensely computer focused receptionist that didn’t even glance at me when the elevator door bell rang to signal my arrival. I introduced myself by saying, “Hi I’m the new intern, it’s a pleasure to be here.” At that moment the receptionist looked up and gave me a smile that was synonymous with a politician’s face when at a campaign reception that they didn’t want to attend.

After being given a brief tour of the office space, and the assembly line of handshakes made to well manicured palms to some of the other employees in the office I sat down with the man who’d be ‘mentoring’ me over for the duration of my internship, for the sake of this blog let’s call him Derek. Derek’s conversation with me consisted mostly of bullet pointed empirical propaganda on the company.

“Our market value has grown five times that compared to our top competitor since our founding.”

“This firm only deals with property worth at least 500 dollars per square foot.” “Every year is a year for intense growth.” In a way I felt flattered because Derek’s way of talk made me feel like someone of high status they were pitching their business plan to, and all I had to do was sit back and imagine the possibilities. But that fantasy ended when he told me to get to ‘work’. Acting like a deer in headlights I asked what my assignment was, and Derek replied by saying, “It’ll be waiting for you at your desk,” while he looked at his computer screen at full attention. A Natalie Portman like secretary escorted me to my desk, which was the 8th slice of a large circular table that I shared with the other 7 first time interns that were recruited by Human Resources and were under Derek. After the collegial ‘hellos’ and deep voiced ‘heys’ to all of them, we began to conduct in small talk with questions about our school life, past experiences, etc. Things were made odd when I noticed that the directions Derek said would be on my desk were not. In fact all the first time interns received the same instructions and were in the same daze and had hoped that since I was the last to speak to Derek that he would’ve given me further instructions. Now, instead of deers in headlights we looked all collectively looked like chickens in coup. The awkward daze in all our faces ended when a junior executive, Tim, walked by and sarcastically said, “I’m sureyou’re all ready for your first year proposal presentations, it’s always so exciting.” We asked Tim to explain, and he continued in the same sarcastic tone that had a slight hint of a native from Brooklyn.

“Didn’t Derek tell ya’s? All new interns present to the management board a business plan for the firm before the end of the day at 5 p.m. If you’re smart and did research on the company then it shouldn’t be a problem.”

After Tim finished, I mentally felt myself turn into pale that even the fluorescent lights couldn’t accomplish. In the package the company sent to the interns they recommended to ‘conduct a decent amount of research on the company’, and I stubbornly ignored that suggestion when I read it weeks ago. I glanced into Derek’s glass office and saw him slightly snickering while trying to, but unsuccessfully, subtly glance at us. I was set up, WE the interns were set up, but that ‘we’ component felt subtracted when I turned around and saw my other 7 equals hard at work at their presentations. My lack of preparation had temporarily subjugated me from the intern group. Every two minutes, each one would speak to the other about a project or a piece of information that I couldn’t connect with because I didn’t understand how it was relevant. I looked around and could see other official employees of the company watching us as we skurried around the office floor getting sticky notes and trying to grab the attention of employees who worked on a project they needed more information on. Most of our supposed co­workers gave the same amused look as Derek did, others passed on without a care but still took a slight interest in our activities. A micro leveled version of the Hunger Games is how one person put it. Office entertainment for the sake of ringing the new company hopefuls that could potentially one day be their superiors. A game to the death wouldn’t actually be stretching it too far, for when I asked other interns for help I was often shrugged off and or given a response that made absolutely no sense to the question. I was on my own and my thought was of my history teacher in high school when he said, “Like it or not, this is social darwinism baby, the strongest reep the rewards in our culture.” Never imagined that I’d be quoting something from history class.

It was 5 p.m, the presentations were due, and all 8 of us made our way to a large conference room where the company’s management officials, plus Derek, slowly poured in a few minutes after the scheduled beginning time. I assumed Human Resources nagged them to be there to show interest, even though most of them came with the mindset that they won’t apply anything they learn here today into actual corporate execution. Like all the other interns, my presentation was about why we the company should invest in a specific property in the NYC region. The only thing I had to show for was a building address and the surrounding area, but I knew I lacked the facts of zoning, floor­air­ratio, and other significant parts to make it appear exact on target. I hoped for the best at that point.

Each presentation took on average 10 minutes. I’ll be comparing myself with Jill, who is very keen on data and emphasizing it to extreme lengths (like a few others of the intern pack). Jill went up next to the T.V screen where her presentation was being displayed and immediately began to pound on what she finds the most important part of any decision, “DATA, DATA, DATA!” 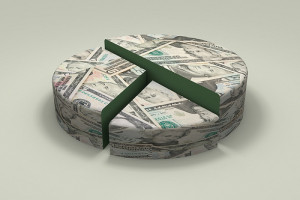 Jill’s initial empirical activism would’ve made for an entertaining lecture, however it took an emotional dip when each slide consisted of countless numbers and paragraphs characterized by Times New Roman font at a size 12, true MLA format but utilized in the wrong situation. You get a sense of disengagement when you see those sitting in on the presentation begin to roll their eyes and peaking at their Blackberry phones constantly, it this began to happen at only the 4th minute of Jill’s time. Grey, black, and white are appropriate colors to describe Jill’s performance (according to Derek), and now it was my turn to be the center of attention and one I would have take back after Jill deflated the initial momentum.

Due to my lack of statistical knowledge I had to artificially bloat up my findings but using a tacting I found very useful during my times in Model U.N. That tactic was pure dramatic appeasement, and for this crowd it meant me constantly repeating the properties location in an area of Brooklyn that was on the rise in property value due to rapid gentrification occurring in the area. I kept using terms like ​growth, high potential, ​and ​minimal risk ​to bridge my sentences throughout my presentation. I had little hope in the achievement and positive feedback that presentation would give me, but it turned out that despite me lower leveled analysis I received the best feedback from the managers out of the intern group. One individual from management in the room stated, “This is the type of thinking we need!” I was speechless, but I was an opportunist and so took their praise of my work with great pride. Even Derek gave a slap on the back after the presentations finished saying, “Keep up the good work!” Again speechless.

I discovered that in the world of business, sometimes the facade of something is shinier than the actual context. It’s a great thing for whoever created the facade, but when put into execution it could lead to devastating consequences, such as what occurred with Credit Default Swaps and how that instrument ultimately led to a devastating period for the housing market despite it appearing to be an appealing solution for most financial institutions. Hard work is key, and sometimes as NYC Mayor Michael Bloomberg stated, “The harder you work the luckier you get,” but shortcuts will always exist and hedonism will often be ignored in those shortcuts. My presentation is still being considered by higher management as a possible business plan, and if I alert them of its weak context then I will be ashamed in the short­term, but if I let management know now before any execution occurs then I could prevent a potentially devastating long­term for the company. What would you do?

Jake T. Kim is an incoming student at Union College and plans to double major in Managerial Economics and Political Science. Jake is from Ridgefield, NJ and acknowledges New York City as a second hometown.