As stated by the Greek philosopher Aristotle, “We do not act rightly because we have virtue or excellence, but we rather have those because we have acted rightly.” This quote shows that we do not act in an ethical manner due to some intrinsic excellence, but are virtuous because we have acted in an ethical way. One of the major problems in this day and age is how unrestricted capitalism leads to income disparity and a loss of American jobs. Capitalism is an economic and political system in which a country’s trade and industry are controlled by private owners for profit, rather than by the state. Capitalism does not inherently care about the well being of others; it does not care about healthcare or earning a livable salary. Only through proper adoption and enforcement of ethical practices will all people be treated as they should. Since capitalism focuses on making a profit, we need ethical standards enforced by regulations in order to protect the citizens and employees, and insure that all Americans have an equal opportunity for the pursuit of happiness. 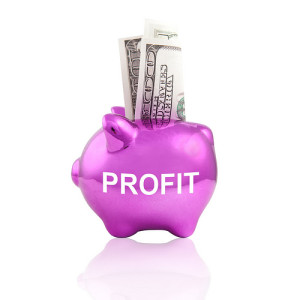 All companies need to stay competitive in order to survive. In order to accomplish this, businesses need to do a combination of things at the same time. Companies must make sure that they have an inflow of money and resources that is greater than or equal to their outflow of money and resources. Companies must also be sure to provide a service or product that is appealing to consumers, in its quality, price, or uniqueness, in order to attract consumers and generate revenue. One of the ethical issues that exist in today’s market and workplace is that of salary, employment and career benefits. In an ever more global and connected market, not only do businesses within a certain country compete with each other, but they compete with companies in other nations as well.  Today, 40% of profit for firms listed in the S&P 500 stock index now come from other nations besides the USA[1].

In this global economy there are now other countries with much cheaper and plentiful labor than in the United States. This creates an issue in how a company with labor sourced in a country like the United States, can effectively compete with a company whose labor is sourced in China or India. It is by far cheaper for employers to use Chinese and Indian laborers, who only have a minimum wage of 80 cents and 28 cents respectively per hour, compared to American workers who have a minimum wage of $7.25 per hour[2]. The ethical issue that then confronts employers is whether they should outsource, thus destroying local jobs and businesses, or reduce the pay and benefits of the local workers.

This problem has become paramount in the minds of United States companies in recent years, and in order to maintain and increase profits, many have either outsourced, or decreased the benefits for jobs sourced here in America. America has lost 3.2 million jobs to China alone from 2001-2013[3]. In order to maintain the quality of life for a majority of Americans, American companies must be able to compete with foreign companies who have more lenient labor laws than the US has. However, the competition must be on factors such as productivity, innovation, and quality instead of striving to achieve a lower cost of an hour of labor. It is only ethical to appropriately compensate American workers for their work, and ensure that all working Americans receive above a “livable” wage. A workplace where the employees are seen as valuable people and not just resources to be exploited is necessary for the healthy future of the American people and ethical American companies. Outsourcing jobs to other countries decreases the overall quantity of both lower paying jobs and higher paying jobs in this country.

The lower class and the middle class are losing jobs, and are thus forced to work in low paying and low benefits jobs. This creates an increase in income inequality as the wages of most Americans decrease, while the wealthy become wealthier due to their increased profits from lower cost foreign labor. In the 1970s income inequality was at its lowest, and has increased drastically since then. In the 1970s the wealthiest one percent owned less than 10 percent of the wealth, but in recent years they now own more than 48 percent of the wealth, which is only increasing[4][5]. With the dramatic increase in income inequality, only with ethical standards set to companies, and regulations set by the government, will we be able to put into action the ethics we as Americans champion, such as equal opportunity and increasing the general happiness of the citizens. The wealth of our middle class has dropped fifteen percentage points since the 1970s[4], and without a strong middle class we turn into a nation split by the haves and have not’s. We must use the ethics of our founders and actually put into action the words to our own preamble, “We the people of the United States, in order to form a more perfect union… promote the general welfare, and secure the blessings of liberty to ourselves and our posterity.” We must abide by our founding principles and ensure we have ethics in our companies and businesses. 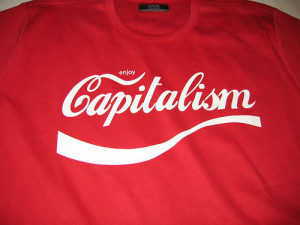 A code of ethics that business leaders and CEOs abide by is necessary for the continued prosperity of this nation. While the problems posed by outsourcing and income inequality are numerous, there are also several solutions that can be put in place in order to alleviate these ethical conundrums. Capitalism encourages the competition between makers of products in similar niches, and thus encourages innovations and in ideal cases lower prices and increased productivity in workers. In order for capitalism to be a sustainable system, we should still have to compete for skill, quality of products, and prices, but we should not have to compete for salary and benefits. In order to discourage direct and indirect outsourcing and the income inequality caused by it, we need to put in place protective measures to safeguard American manufacturing and industry. We can provide benefits of tax breaks to companies that have policies that reduce income inequality, and penalize those that have policies that promote indirect and direct offshore outsourcing. For example, a company that utilizes international labor either directly or indirectly for products and services sold domestically could be charged a fee to compensate for the difference in the hourly cost of that labor and the hourly cost of comparable domestic labor.  On the other hand, we could give tax breaks to companies whose CEO and executive compensation to non-executive worker compensation is less than the average or median ratio. Our ethical code of equal opportunity for all Americans and providing proper care and benefits for workers must be pressed upon companies and businesses, in order to increase the general quality of life and ensure we are treating our workers in an ethical manner.

Jacob Pessin is an incoming first-year in Mechanical Engineering at Union College.