Careers in the Arts and Humanities are Plentiful, and they Pay

It baffles me to hear parents tell their kids that art is a hobby, not a career; that you can’t make good money with a degree in English. Wasn’t it just yesterday evening that these same adults binged for hours on the entire season of Grey’s Anatomy? For the second time?

It so happens that Shonda Rhimes, the writer of Grey’s, received an undergraduate degree in English and Film Studies and a Masters in screenwriting. In 2020, her net worth was 135 million. A quick search for jobs at Shondaland (yes, she now owns her own production studio), reveals ads for staff writers, editorial assistants, marketing and communications staff, audio producers, art directors and 15 other positions for candidates with degrees in the arts and humanities. Did someone say that the arts and writing is only a hobby?

I am a professor of Spanish and Hispanic Studies at Union College, NY, but I teach a research class called “Arts and Humanities: Don’t Leave College Without Them.” On the first day I ask students to write down any and all stigmas about the arts and humanities. I encourage them: Don’t hold back! And inevitably students write: They don’t pay. They are not practical. You can’t get a job. Then I ask them to enumerate all possible careers with a degree in English. They come up with about 10-15. The first two usually include teaching and writing novels. I can literally see their minds churning when I then list the over 100+ careers available for English majors. And when we discuss the earning potential of ghost writers, screenwriters, journalists, film critics, web writers, video game writers, marketers, or publishers, their eyes open even wider. Even the engineering students start to pay attention.

When I hear parents suggest that there aren’t any good paying jobs with arts and humanities degrees, I can’t help myself (and my family knows what’s coming). With an innocent smile on my face, I ask them to consider that little golden statuette, about 13.5 inches tall, 8.5 pounds heavy, designed by Los Angeles artist George Stanley. It’s called the “Oscar”. Have you heard of it? Watched by an average of 16.62 million viewers a year, in 2022 the Oscars celebrated eight general categories including “documentary (short subject), film editing, makeup and hairstyling, music (original score), production design, short film (animated), short film (live action), and sound.” That’s a lot of jobs. And it’s a booming economy. 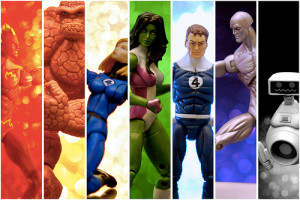 In 2021, “the total entertainment (home and mobile) market [. . .] totaled $36.8 billion in the U.S.” If we add the high art market to the more popular entertainment industry then an even richer picture starts to emerge. According to The Art Market 2022 report, the US recovery saw high art sales increase 33% to just over $28 billion. Add a digital dimension and the value of art-related NFT’s have rapidly “expanded over a hundredfold year-on-year reaching 2.6 billion” (14). In fact, the US Bureau of Economic Analysis found that “Arts and cultural economic activity accounted for 4.2 percent of gross domestic product (GDP), or $876.7 billion, in 2020.” Why is it that people don’t think of the many jobs available in these industries when their kids say they want to study film or get a degree in creative writing? Where’s the disconnect?

Part of the problem is that in our national discourse, job creation and financial success is usually connected to STEMM fields. And, I admit, compared to the tech sector, which contributed 9.3 percent (1.8 trillion) to the US GDP, the economic activity of the arts and culture industry might sound small. But let’s remember that among the occupations in science and technology are not just computer scientists and engineers, but also designers, marketers, animators, storytellers, and, yes, ethicists.

Did you know that Google once hired Damon Horowitz, who has a PhD in Philosophy from Stanford University and an MS in Artificial Intelligence from the MIT Media Lab? He co-founded several start-ups and worked as Director of Engineering at Google. In a talk at Google he argued that we should be paying as much attention to our “moral operating system” as our mobile operating system. So, why exactly do we think Philosophy majors don’t have any future career options? I might argue that more attention to our moral operating system is exactly where the future is headed, with jobs in disciplines as varied as technology, biology, business and politics. Any doubts? Just go watch the documentary The Social Dilemma.

In fact, when I started to expand where I was looking, I found artists and humanists doing incredibly exciting cross-disciplinary work that was challenging and innovating how we live, work, and even die. For instance, at one Makerspace conference I met Jae Rhim Lee, an artist who created “the mushroom burial suit” to question the environmental impact of our funeral practices. And from one of my students, I 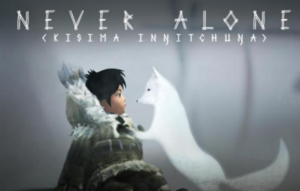 learned about a company called Danae Prosthetics that brings together designers, engineers and 3D printing technicians to develop customizable prosthetics. And one of my favorite examples is the unexpected partnership conducted between Alaskan Inupiat elders and E-Line Media to develop an award-winning videogame called Never Alone.

When I show these and other examples of artists and humanists to my students, their worlds quite literally change and th

ey express how they had no idea. We simply must work harder to expand students and

parents’ understanding of the many ways our disciplines have morphed and expanded into a broad and exciting set of careers that, yes, also pay very well.

Just take a major in the field of Design. The careers that probably come to mind include graphic design, product design, maybe even interior or fashion design, correct? But the field of design also includes industrial design, automotive design, web design, software design, game design, furniture design, sound design, user interface design, landscape design, communication design, sustainable design, and exhibit design. Now how often do we quote the careers, not to speak of the career earning potential of these fields? Who do you think designed your kitchen, kitchen table and kitchen blender? And how much do you think they earn? I know several very rich and successful industrial and product designers. Had I only known, I might have made a different career choice.

Let’s start talking more about the fact that when we look at our large and small screens–which we do on average every 4 minutes!—we are not just looking at machines, but we are benefitting from the work of a cadre of professional artists and humanists. They include storytellers, graphic designers, illustrators, animators, actors, composers, singers, historians, foreign language experts, classicists, and more. Yes, and all those annoying ads and jingles have to be written and designed by someone, right? Did you know that there is even a team of “doodlers” behind the Google you see on their homepage? They are talented illustrators who, together with their graphic design colleagues, make a median income of $120,229 a year (that was in 2019 according to Glassdoor). And according to Glassdoor, the estimated total pay for an artist at Google is $144,599 per year. Damn. I should have become an artist.

We need to make sure our kids know what their options are. We need to expand their knowledge of the kind of careers they can pursue in the arts and humanities and across a host of disciplines. 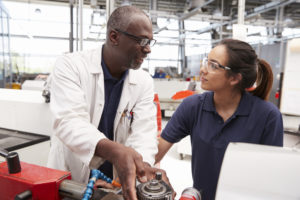 My daughter is an artist. She is also a Marine Affairs major, and her work at the intersection of both disciplines is fascinating, and unexpected. People ask (their heads usually tilted to one side): how do you combine those two majors? It’s not an uncommon question. And it’s an important one that we need to address more openly. We can start by telling more stories of creative innovators who work at the intersection of fields, like underwater sculptor and marine conservationist Jason de Caires Taylor. Or that of Yoko Sen, a musician who made it her calling to address one of the most cited complaints in hospitals: noise.

The examples of young professionals working at the intersection of fields as varied as computer science, the health professions, engineering, environmental science, social justice, or biology, is endless. But can you or your children name even one or two of them? Why is it that their work, even when cited in MIT’s 30 under 30, is not recognized as having educational roots in sculpture, music, or other arts and humanities disciplines? Why is it that they are readily forgotten when naysayers repeat the outdated stigmas about the lack of jobs or financial returns with arts and humanities degrees?

Everywhere I look I am seeing professional artists and humanists at work in a host of exciting fields. But general knowledge about career options and earning potential remains narrow and insular. We need to stop reciting age-old stigmas and radically expand where and what students see and hear about the already lucrative and exciting work being done with degrees in the arts and humanities.

No Responses to “Careers in the Arts and Humanities are Plentiful, and they Pay”

Professor of Spanish, Social Change and Innovation at Union College and co-director of 4Humanities